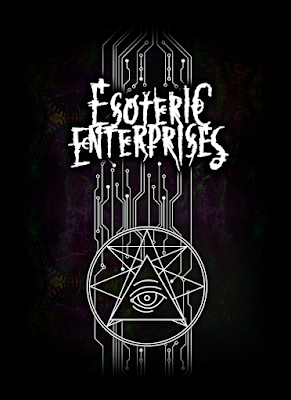 Warning up front: This review is written with blinding positive bias. I am mentioned as a source of inspiration at the front of the book, something I missed until writing this review.

You can find the pdf here. Physical copies are sold out for the time being.

(In retrospect it wasn't that long of a friendship. Any port in a storm, I suppose.)


Esoteric Enterprises combines the two most powerful forces in tabletop games: overflowing usable content, and a base framework so solid that the addition or modification of more content is trivial. By this metric alone I'd say it's one of the best RPG books out there, and that is completely ignoring the fact that the writing and layout is both very good AND a one-woman job.

I recently bought the Delta Green Handler's Guide, and I can safely say now that the only reason I didn't waste 42 dollars is because I was buying from my local store. It is a wretched, limp thing that will not survive the winter in comparison.

The Drivethru preview is thirty-one pages and contains THE ENTIRE CHAPTER ON CHARACTER GENERATION. Your players have everything they need. It's a book for players too.

This is how you fucking do it.


Look I Can't Even Pretend to Be Orderly


Blast Devil Trigger at max volume. Go find other, less good books and scream GET DUNKED ON at them. You are WIZARDS and you need to go commit CRIMES because the MAN won't let you get absolutely trashed on space mead and start fights with God. Fight Nazi occultists and steal their shit. Violate US immigration policy by bringing friends back from Ynn. Consult with geese and learn dark secrets. Dance with the devil in the pale moonlight. Howl at the black moon.