YOUR SPORTS TEAM IS VASTLY INFERIOR 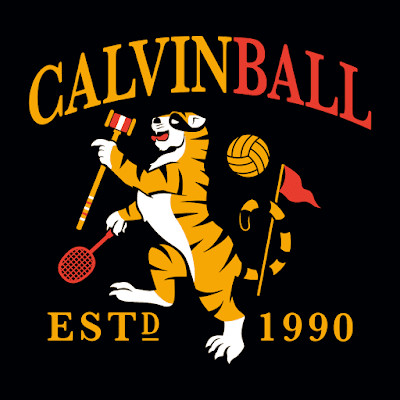 
The official rules of wizardball, as collected and tabulated by the Fantasy Wizardball Association, have been successfully used as an implement of murder. The version containing the appendix of variant rules has a spine so thick it cannot actually be opened without mechanical or magical aid. Multi-volume collections have been known to grow unruly enough to devour the reader.

Thankfully, the wizardball community ignores all of this and embraces the maddening chaos that is the magical world's greatest sport. There is no understanding the incomprehensible layers of in-jokes and strategies from the outside; there is only the knowing of the initiated.

Wizardball gets into your blood. The roar of the crowd, the pounding of the drums, the colors of the jerseys, the ozone tang of octarine mists and the smells of lemon ice and sausages inna bun. Wizardball is life itself.

For the uninitiated, there are four simple guidelines that give structure wizardball.
Beyond this, well, the rules are made up and the points don't matter. The Purist Variant Ruling dictates that wizardball only has one rule, being that a rule cannot be repeated twice, but this variant is not considered league-legal.