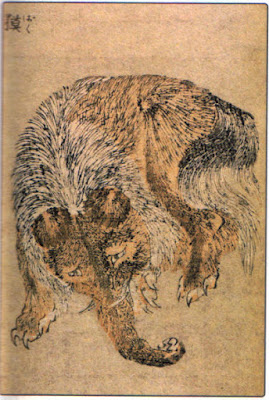 "[Wizard], you wake from troubled, unremembered dreams. Your spells have not come back during the night."

Thus begins the feeding of a baku.

The baku is about the size of a small bear, with tawny fur, a short trunk, blunt hand-span tusks, and wide, soft paws. They are nocturnal, so much so that even their spirits go into hiding in the hours of the sun. They are not normally harmful, often invoked to grant children a good night's sleep free of nightmares. This they do admirably, but they are gluttonous creatures and when presented with an unprotected meal they will overindulge. Not from malice, mind, but preparation for the great hibernation to come, when there will be no thoughts to eat nor dreams to sup upon for an age and an age again atop that.

The baku will feast on ideas in this order.

Hunting down a baku can only be done after complete sundown, when it will manifest in a body. Using someone as bait is recommended, but the actual fight will require an exorcism to complete. A true exorcism will require either a scroll written by a skilled priest, or a sword forged at an auspicious time. If the exorcism is nor performed, the baku will reform come the next moonrise.