I've been returning to some of my favorite video games recently, and surprising no one there's a lot of dungeon-delving involved. So here's a comparison of maps for those who want to sneakily stock a large dungeon that's already set up. 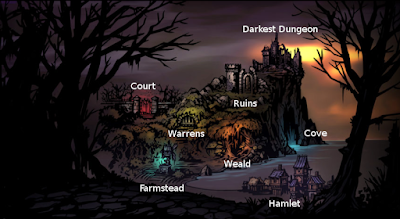 
Starting with the simplest here. This is the megadungeon by means of just having multiple separate dungeons in the same general area. There aren't any real connections between areas in the game as-is (a situation easily rectified in adaptation) which brings with it the core gameplay loop of returning to the Hamlet after every delve, no matter where you choose. 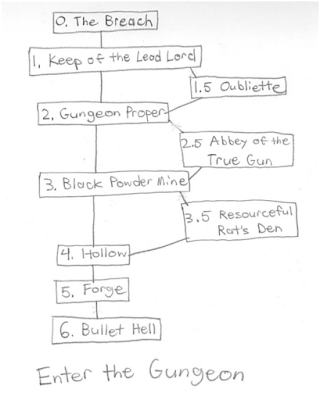 Straightforward, the Gungeon is. Town on top, five main chambers beneath, three secret levels with access requirements, and a hidden sixth level for masochists. No major choices, no loops, no crossing paths.

Bonus points for the end goal: find the Gun That Kills The Past. Perfect for setting up a bit of character drama. no one comes to the Gungeon without some ghosts in the closet. 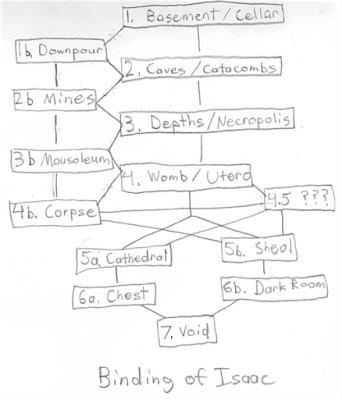 The Binding of Isaac

Still pretty simple stuff: two columns that you can cross between with a fork at the bottom. The  weirdness between floors four and five turned out nicely symmetrical, and provides the main real choice in the delve: Spend time and resources fighting the Hush in ???, or skip ahead to the fork? Cathedral or Sheol?

The b-series levels are taken from the Antibirth mod, on the grounds that it's better than Afterbirth+. They all have entry requirements, so you might be able to get into one of them and then kicked back into the main column when you clear that level. 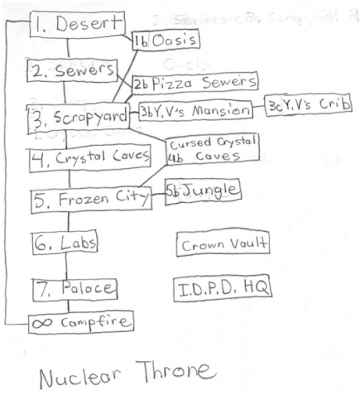 Again, pretty linear design. The main shifts from the norm are the Crown Vault and IDPD HQ, both of which can be accessed from any other level (the latter is only accessible after the game has been looped), and the fact that you can loop yourself back to the beginning after defeating the Throne.

With all that out of the way, it's time for the good shit. Forking paths, multiple paths, paths that meet back up, a layout that maps itself to a real space way easier than the others on this list. (Prison on an island, town on the coast with a clocktower, castle on the hill above). Notable on this list in that it is primarily lateral in layout rather than vertical. 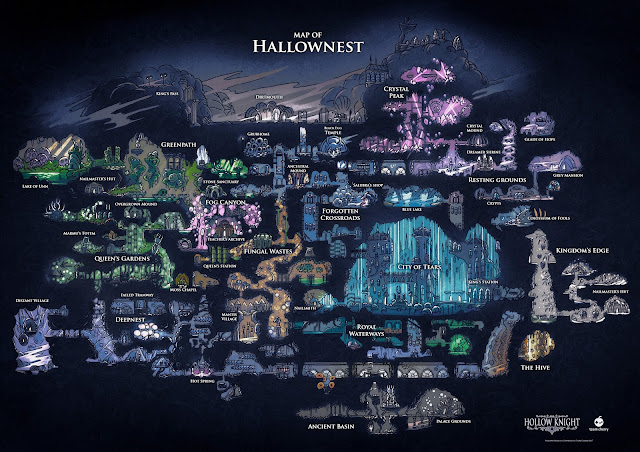 
I lied, this is the good shit. A tangled, interconnected mess of tunnels and caverns to wander through. The occasional friendly face or traveling merchant. Stag stations to unlock and make inter-area transit easier. Lots of optional areas completely separate from the critical path. Absurdly complex, lots of effort required to translate to tabletop, but worth it if it can be managed.