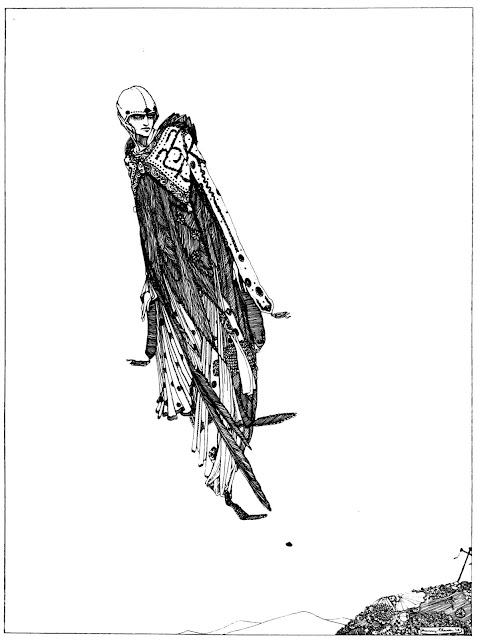 
A wanderer from an ancient land, hovering half a man's height or more above the desert sands with his feet never touching the ground. He was once married to a spirit of fire, but was exiled from her homestead for dalliances he only ever hints at. He spends his days searching for the stylites of Irem, City of Pillars, hoping to join them (and perhaps run away with their stolen knowledge).

If he is given a magical item, he will exchange it for another. There are no takebacks. On request, he may offer to teach a spell instead.

If attacked, he will surround himself in a whirlwind and fly away in the chaos. He may also create illusory copies of himself and throw his voice to further confuse matters.

He wears the Ghibli Cloak, which permits him to fly. If given clues towards Irem's location, he will give travelers strips of his cloak, which will slow their falls when held or worn.